Obesity and diabetes go hand in hand. The rise in the global incidence of diabetes is notably parallel to the prevalent obesity pandemic: A remarkable epidemiological fact that negates all possibilities of 'probability theory'! It throws light on the strength of the link between obesity and diabetes, particularly type II diabetes, among all age groups; children and teenagers included. 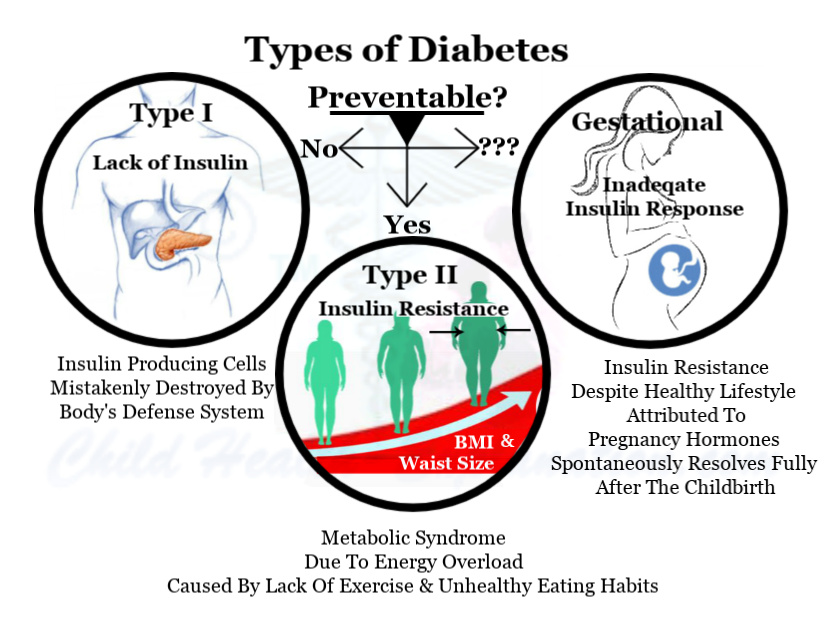 The link between obesity and diabetes is just a simple extension of the natural bond between two hormones, Leptin and Insulin. The two together play a pivotal role in maintaining us In Shape.

Leptin, the satiety hormone, controls energy intake and usage. It discourages new fat formation through a complex metabolic pathway. It keeps insulin secretion just optimal for the need, and thus prevents the development of insulin resistance, a big step in the prevention of a serious threat to our health. 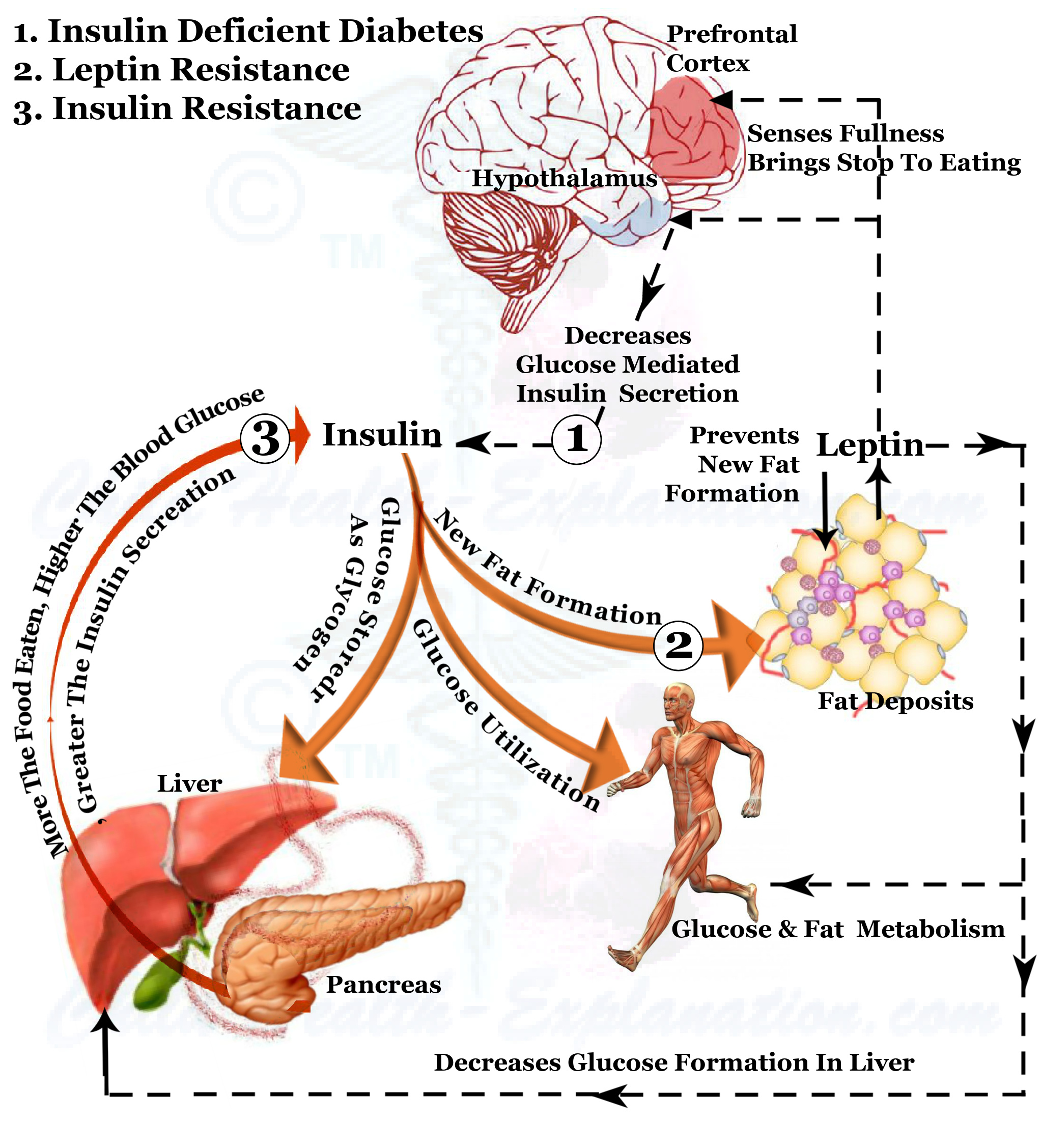 Insulin, besides surging cells with energy by way of glucose uptake, tucks away the surplus of it as glycogen in the liver, and as fat all over the body. Fat deposited in the spaces not normally meant to store fat is the primary move towards the development of insulin resistance, the predecessor of diabetes.

Despite BMI being within the normal range, overweight children with midriff bulge or an elevated waist-to-hip ratio are at an increased risk of diabetes.

The spare tires and pot-belly are not just dormant stores of unused calories. The fat in them is a unique endocrine organ, and the largest one at that. The larger the belly fat depots, the more is leptin and a variety of protein molecules that promote inflammation. These not only trigger insulin resistance but also possibly lead to the destruction of the insulin-producing cells in the pancreas, which raises the risk of type 2 and 1 diabetes, respectively.

Dietary link between obesity and diabetes

Eating more than one can expend is the basic cause of both obesity and diabetes. Persistent energy overload, despite high levels of circulating insulin, results in a relative lack of insulin, and so the efficiency of cells to utilize the circulating glucose for energy gets blunted. Consequently, irrespective of how frequently and how much they eat, the obese teenagers often feel starved and listless, and insulin continues to add layers of fat.

More the fat content of the body, the higher are the leptin levels. Persistent high leptin levels blunt the sensitivity of its receptors. The result is central leptin resistance, and the energy balance in the overweight gets thereby thrown into utter confusion. 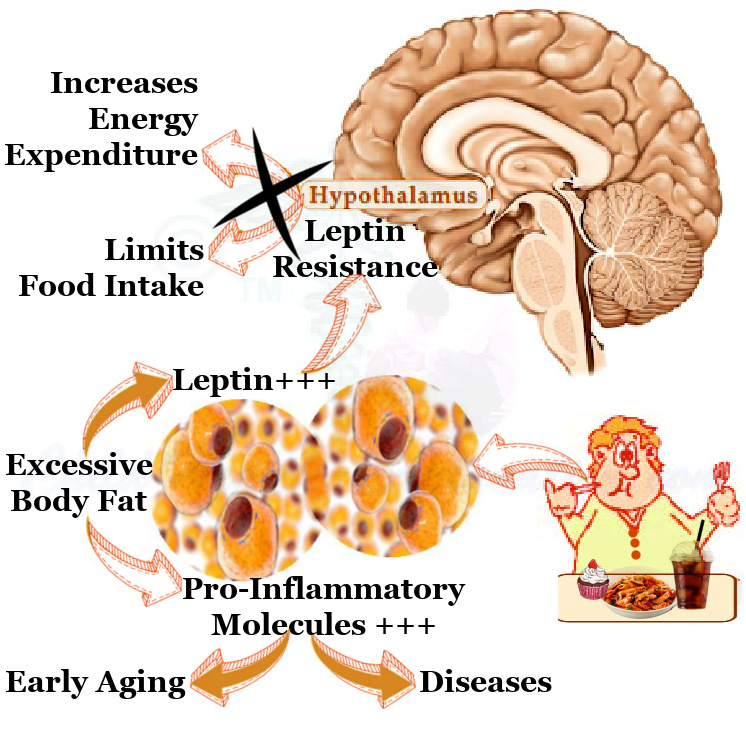 Energy overload, the root cause of both disorders

Obese children are at higher risk of diabetes

The link between obesity and diabetes is established in childhood. Obese children are at four times higher risk of type 2 Diabetes. Once believed to be a disease of middle-age, type 2 diabetes among under 18 population has tripled over the last 30 years. This is attributed to the rising rate of obesity in children. 1 in 5 children, between the age of 5 and 10, is found to be overweight. Of these, 1 in 4 falls victim to the disease. The destruction of insulin-producing cells by the toxic byproducts of disturbed metabolism in the obese further aggravates the severity of this chronic disease and increase the chances of its dreaded complications.

True, all overweight adolescents do not suffer from diabetes, nor are all diabetics obese. Nevertheless, almost all who are diagnosed to have type II diabetes have a high Body Mass Index (BMI) and a large waist. BMI of over 30 raises the risk of the disease by 80 percent. This further points at the strong link that exists between obesity and diabetes.

For related topics browse right column on the page.

Back To
Childhood Diabetes