Fetal development is influenced by mother’s health. Mother’s womb is the environment in which a fetus develops from a single cell to a baby. It experiences all that mother does; emotions, chemicals, toxins and hormones.

Physical and emotional demands of pregnancy add to the existing stress at home and at work. Mood swings and feeling of fatigue are further aggravated with rapid hormonal changes of pregnancy.

Yes!!
Stress triggers adaptation.
Maternal biological changes that follow are experienced by the fetus as well.

Fetuses also experience the surge of maternal stress hormones, which predisposes them to infections within the womb and also after birth.

Neurobehavioral development deficits are seen in infants who are exposed to severe maternal stress, particularly during early phase of their intrauterine life.

Stress and disturbed mental health during pregnancy not only of the mother, but also that of the father could interfere with the baby’s emotional and social behavior through infancy and toddler years. Children of stressed parents are more prone to psychosocial disturbances during childhood.

Feeling of fatigue is common during pregnancy. During the first trimester due to dramatic hormonal change and during the third trimester increasing size and weight attribute to the feeling of constant fatigue. This is superimposed by long working hours of modern mother’s lifestyle.

Activity and rest are both essential during pregnancy. Overactive lifestyle deprives pregnant women of optimal resting hours, which further contributes to the stress effects on fetal development and growth.

Why physical activity is recommended during pregnancy?

Click for more on Maternal-Fetal Effects of Exercising During Pregnancy.

Mother’s lifestyle should not deprive her of regular good night’s sleep.
Disturbed sleep is reported by about 80 percent of pregnant women. Fatigue associated with long hours spent working and socializing leaves inadequate time for sleep.

Though the mechanism is not precisely clear, statistics show that women with sleep deprivation are at higher risk for preterm birth. Their babies also suffer from intrauterine growth retardation (IUGR).

Excessive snoring has been documented in little over one-third of pregnant women. Consequently their sleep is disturbed and the risks associated with disturbed sleep during pregnancy are aggravated.

In severe cases, snoring during sleep is accompanied with sleep apnea which results in interruption of oxygen supply to the fetus. Therefore, a mother who snores should seek prompt medical care.

It is best to space two consecutive pregnancies by 30-36 months, the range being 19 to 59 months.

Short inter-pregnancy interval increases the chances of premature birth. Studies demonstrate that if a mother conceives in less than 18 months of the first pregnancy, she has 10-50 percent chances of severe to moderate premature labor.

The increase in incidence of premature labor is also seen if the interval is more than 59 months.

Mothers are prone to a wide variety of infections during pregnancy.

Up to 2.5 percent of newborns are affected by the maternal infections. Though most do not show any active symptoms suggestive of infection, almost all intrauterine infections hamper fetal development.

Maternal viral infections during the formative phase of fetal growth cause birth defects and growth-restriction in the fetus.

Affected neonates do not have the potential to catch up with the expected normal, for weight, height and head circumference, even through their growth spurt of infancy.

As a result they always remain smaller than their peers and may even have neurobehavioral and learning disabilities.

All types of maternal infections at all the stages of pregnancy and childbirth are threat to fetal development and well being.
Infections during pregnancy should be prevented as far as possible, and treated at the earliest.

Placenta is a fascinating tissue formed from fertilized ovum itself and thus has the genome of the growing fetus.

Its size correlates directly to the weight of the fetus. Small low weight placenta is likely to be associated with fetal growth retardation (IUGR) and malformations.

Low birth weight babies, due to placental insufficiency, will often have catch up growth after birth and approach their inherited growth potential when provided with an optimal environment.

The sonographic measurements of placenta are good indication of the fetal growth. 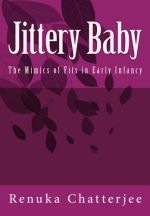