Fetal Development is Dependent on Hormones

Besides genetic potential and availability nutrition, optimal fetal development is influenced by number of hormones.

30 different hormones are secreted during pregnancy and are regulated by the complex interactions of mother’s, fetal and placental endocrine systems.

Placenta is the major control station for fetal hormones. It produces its own hormones and prevents the mother’s hormones to flood fetal circulation.

Alcohol consumption during pregnancy is disastrous for the intricate balance of hormones essential for its favourable outcome.

Pregnancy increases the demand on maternal thyroid gland to produce more thyroxin. High levels of estrogen during pregnancy influence mother’s thyroid gland to meet the requirements of thyroid hormone for both the mother and the fetus.

Mother’s thyroid hormone can easily cross placenta. Maternal thyroxin is crucial for normal development of fetal brain. It also contributes to growth and maturation of other fetal organs including the lungs. Babies of hypothyroid mothers are abnormal at birth.

Thyroid hormone from fetus itself becomes available only from gestational age of 12 weeks. Even with congenital absence of thyroid gland fetal development is normal till birth. Baby’s own thyroid hormone becomes essential for infant brain development only birth on wards. The real danger arises when a mother’s system cannot meet the demand.

Hypothyroidism in pregnancy occurs when a subclinical hypothyroid mother conceives. It is seen in 2 - 2.5 percent of expecting mothers by 15-18 weeks of gestation.

Another cause of sub-clinical hypothyroidism is autoimmune disease, where the anti-thyroid antibodies cross the placenta and damage the fetal thyroid gland as well.

Pregnant women should take adequate iodine in their diet throughout the pregnancy for optimal fetal development.

Iodine is essential for normal production of thyroxin. Adequate intake of iodine supplements by an expectant mother helps maintain her and the fetus’ thyroid functions to the optimal.

Mother’s insulin does not cross placenta. Fetus has to meet its own needs. Insulin levels in fetal blood are controlled by its glucose concentration, which are directly proportional to mother’s blood glucose levels. 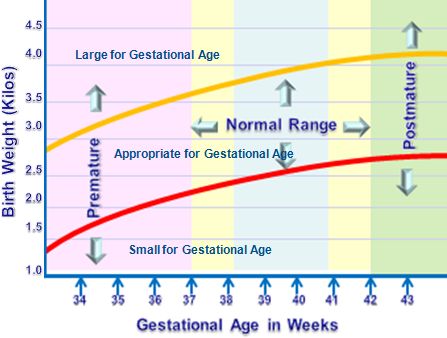 Insulin like growth factor is structurally related to insulin and also has some insulin like metabolic activities. It is involved in regulation of uterine and placental growth during pregnancy.

It is found in two active forms; IGF1 and IGF2. The structure and action of IGF2 in the fetus and placenta is determined by father’s genes.

Insulin like growth factors and their receptors are present almost in all fetal tissues except in fetal brain. In blood circulation, it is bound to IGF-binding proteins, which appear from 5 weeks of gestation.

Fetal growth, both somatic and that of its organs, is favourably influenced by IGF2, but the cord blood levels of IGF1 are found to be directly proportional to birth weight and length of the neonate. This is probably because IGF2 exerts most of its growth effects during the early phase of fetal development.

This also holds true for the postnatal phase of child growth, when insulin like growth factor mediates the action of growth hormone.

Influences of Prostaglandins on fetal development:

Glucocorticoids are essential for fetal development

Fetus’ own cortisol and cortisone are the most important hormones regulating fetal tissue maturation.

Cortisol levels increase continuously during the third trimester and are dramatically elevated in face of anxiety and in chronic stressful conditions.

Consumption of alcohol during pregnancy stimulates glucocorticoids secretion in the mother. Both alcohol and high levels of glucocorticoid cross the placenta and disturb fetal endocrine system, thereby restricting fetal development as seen in fetal alcohol syndrome.