Positive parenting builds children’s self-confidence to accomplish their tasks successfully, which acts as a great booster for the self-concept during childhood development.

The energy in growing years is directed towards creativity and productivity, which most parents brush off as a disorderly childish play. Some laugh it out, while some may even snub the child for wasting time in unfruitful activities. As a result, children are left feeling inadequate, unable to make a positive impact. They find their thoughts and actions to be unfit for the society they live in.

Children have high self-esteem. They judge themselves according to their ability to produce socially accepted and valued outputs. Only positive child-rearing practices can help them through the stress of developing a pleasing social identity. Children, at their tender age, can neither understand nor manage their stress adequately.

Why do children misbehave?

Misbehavior is the sign of poor self-concept.
Children aspire for recognition of elders in their environment. They would love to behave so such that it wins the admiration, if they only had the confidence in their ability.

Misbehavior in children is a cry for help.
Positive reinforcement, caring concern, solutions to the problems and affectionate guidance are great inputs in helping children build their self-concept.

Unfortunately, our methods of disciplining often lead to sequence of undesirable child rearing practices, such as unreachable demands, humiliations, indulgences, over-permissiveness, or neglect. The recommended practices for parenting middle childhood gives more details on the subject.

Good self concept is crucial for personality development of an individual. The environmental factors have a direct effect on children’s self-concept. 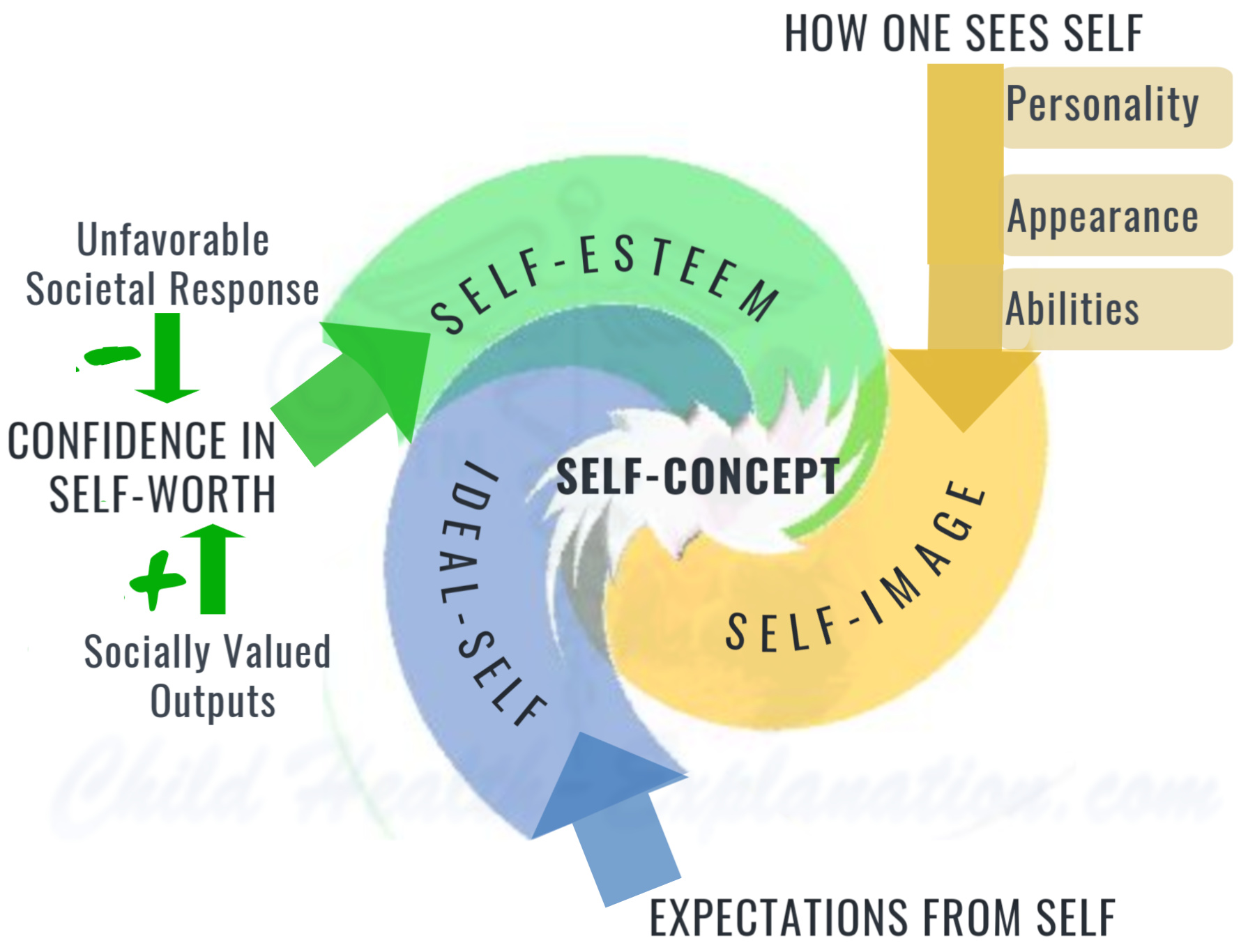 Self Concept Is Identifying The Individual Self:
It Is A Collection Of Beliefs One Holds About Oneself & Responses Of The Others
It Embodies The Answer To "Who Am I?"

Children’s self-concept is adequate when they feel:

A child who feels good about himself, is satisfied with life and accepts the world to be a good place to live in. He develops the "I am OK, You are OK" view towards the people in his environment.

Conflicts in the parent-child relationship are most marked during teens, when teenagers develop a questioning attitude that is primarily directed towards authoritative guardians.

No, it does not!
Indulgent parents give more than they expect from their children. Their children win parents' admiration and favor without actually having to meet any challenges. They, therefore, evolve into demanding, undisciplined, immature individuals. Their social skills and emotional intelligence suffer battering. They are neither able to plan their course of action nor manage their time effectively. They fall out of favor with their teachers and peers. - a hard punch on their self-concept! 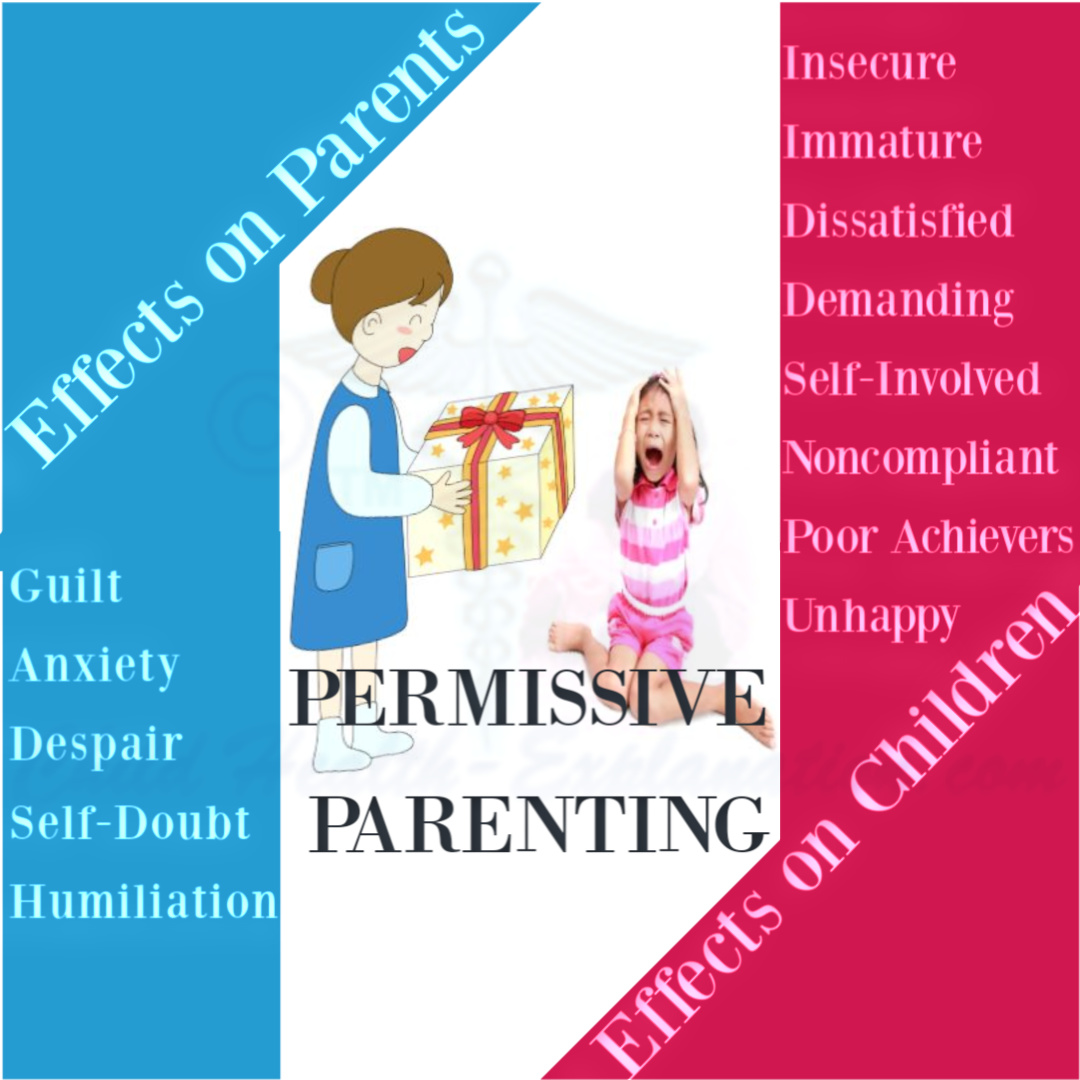 They sense societal rebuff but are unable to meet people's expectations. To find a place in society, they resort to aggression. But their harsh unfriendly ways delineate them even further. They turn to TV, computer games, and eating. They can neither limit their screen time nor moderate food consumption. Obesity is then an obvious outcome. Some even become addicts and indulge in irresponsible risky behavior. A large number of delinquent teenagers are found to be a product of permissive parenting.

Back To
Child Parenting Capacity Varies

Tips for parenting teens in love

Talk to your baby