Smoking is injurious to health, and so is passive smoking. Infants and toddlers are victims of second hand smoke, at home, in child care centers and at public places. 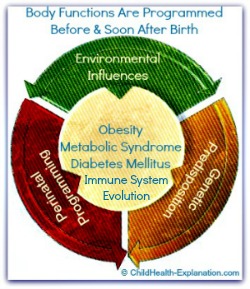 Smoking with windows open does not nullify the harmful effects of tobacco smoke on these tiny tots.

Their rapidly growing and maturing body functions suffer lasting impact from the pollutants thus emitted in the enviornment.

If parents only knew the gravity of consequences of environmental tobacco smoke on child health, surely they would instantly stop smoking.

They give up so much to keep children happy and healthy, so what is there in giving up a small thing like “tobacco smoking”.

Consequences of passive smoking in infants and toddlers

Infants exposed to second hand smoke during fetal growth and/or after birth are at much higher risk for SIDS. The toxic elements in environmental tobacco smoke appear to derange breathing regulatory center in the brain of the infants.

SIDS is the leading cause of sudden, unexplained, unexpected death in otherwise healthy infants. Studies show that infants in whom no specific cause of death is found have higher concentrations of nicotine in their lungs and higher blood levels of cotinine (a biological marker for second hand smoke exposure) than infants who die from other causes.

Protect babies from SIDS by

The colic experienced by infants are a combination of paroxysms of irritability, inconsolable crying and screaming accompanied by clenched fists, drawn-up of legs and a red face.

Infants who are exposed to second hand smoke in the womb and/or after birth are more predisposed to infantile colic.

Studies have shown that the mothers of these infants have higher blood levels of tobacco smoke metabolites and motilin, a gut function regulating substance that in higher concentration can result in gut dysfunction and colic.

It has been further noted that these infants often experience sleep and feeding related difficulties, even after the colic has resolved.

Colicky infants are perceived as vulnerable by the parents, which sets them in to protective parenting.

As a result, these children take fewer challenges on the path of childhood development and their social interaction gets restricted. Behavioral disorders often become apparent as they grow up.

Clinical follow up studies show that these children are more prone to sleep disturbances and temper tantrums at the age of 3 years.

How does increase in respiratory infections come into play?

Passive smoking increases the chances of  atopic disorders and food allergies. Children who manifest allergic tendencies have an altered ability to react to common foods and environmental stimulus like pollen  dust etc. This is further aggravated by toxic effect of passive smoking on their immature immune system.

As a result, children who are genetically predisposed to allergic disorders manifest variety of allergies early in their lives. Studies show that atopic eczema, food allergies and wheezing disorders are on the rise and majority of them are attributable to passive smoking, a real threat to child health.