Anorexia Nervosa (AN) is not as uncommon as is usually believed.
1 in 200 women suffer from the eating disorder. 90 percent of anorexia nervose are young girls in between 12 and 30 years of age; the peak incidence being at 16 to 17 years of age.

Right from 13 years of age, anorexia nervose is noted to be more common in girls. And as children progress through their teens, girls are found to be 3 times more frequently affected. This could possibly be, because puberty associated body structure changes in teenage girls, make them more prone to negative body image than the boys at that age.

Type1 Diabetes like chronic illnesses further disturb the psychological balance of the adolescents who are socially and genetically predisposed to the eating disorder; many of them remain at sub threshold level for clinical diagnosis of anorexia nervosa.

Studies show that up to 40% of the young female diabetics even fiddle with their prescribed Insulin dose to control their body weight.

Calling the affected children anorectics would be wrong!
There never is any loss of appetite, nor are they disinterested in food; at least not in the initial stage of the disorder. Anorexia nervosa teenagers impose severe restrictions on self for fear of becoming obese. Yet others go through the cycle of binge eating, bulimia and exercising.

50% of anorexic nervose also suffer from teenage depression, but are not inclined to substance abuse, alcoholism or suicidal tendencies. However, the death rate if not intervened early and efficiently is high. Death occurs due to disturbed body metabolism, hormonal imbalance and compromised heart functions. 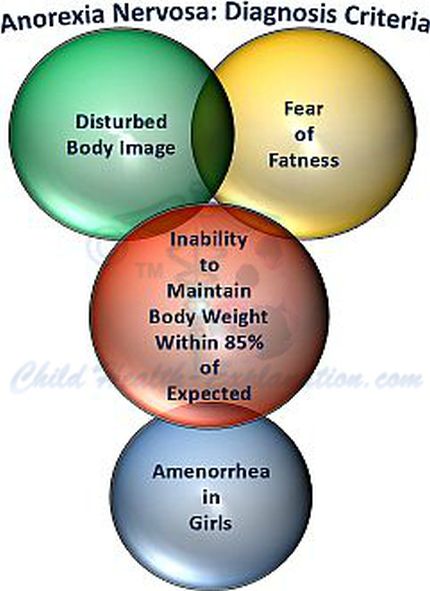 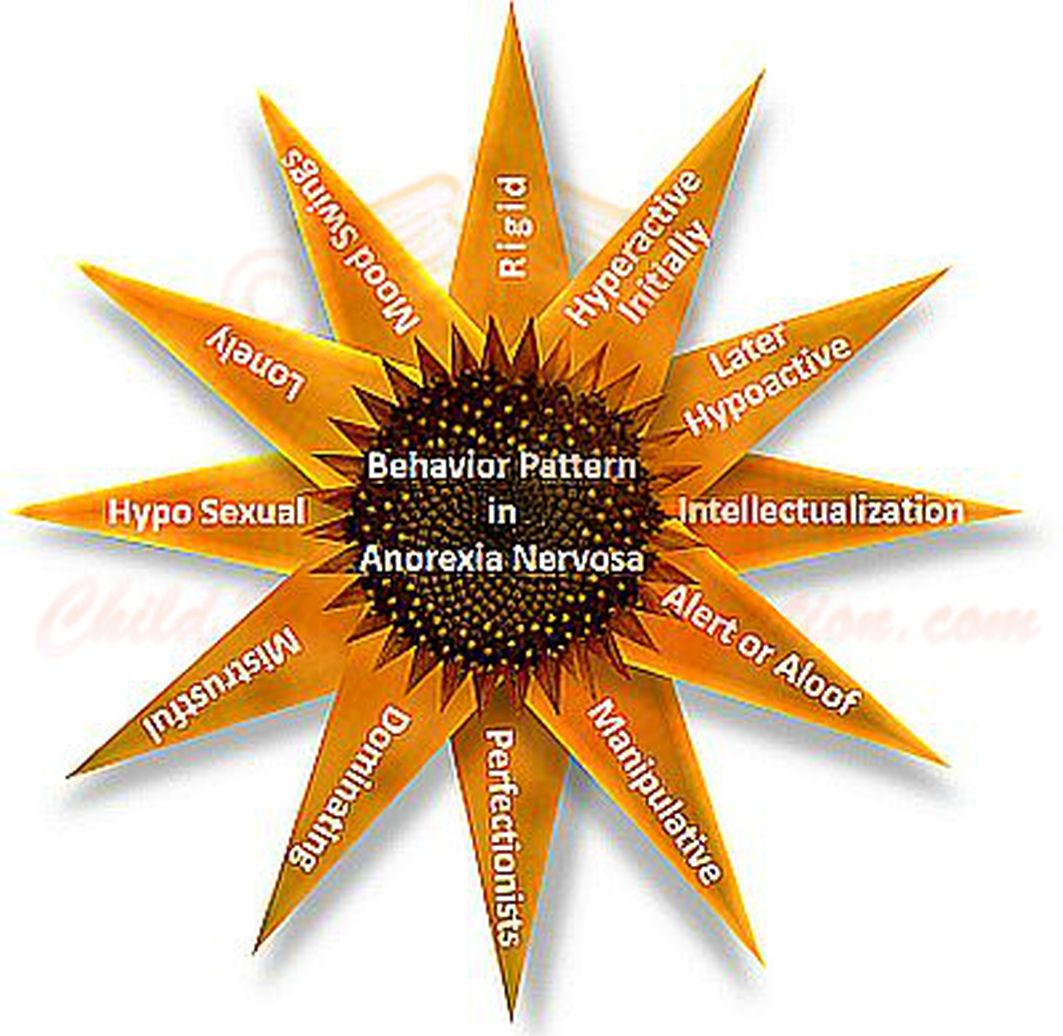 Progression of the disease

75% of anorexia nervosa cases go into remission of the disease, and one third even attain expected normal weight. However, 25% continue to be chronic anorectics.